FROSTPROOF — Byron and Cynthia Matteson said they don’t plan to give up on their longtime commitment to citrus, but they agreed they need another cash crop to survive the uncertainties of growing Florida’s signature crop.

So they are planting bamboo on 35 acres of their farm near Frostproof, south of Lake Wales in Polk County.

“I felt a little bit like I was bailing out on citrus,” said Cynthia Matteson, a fourth-generation citrus grower. “We were going to put it (the 35 acres) in citrus, but the situation is so bleak.”

Bleak because the bacterial disease citrus greening has made it difficult to grow the crop profitably. 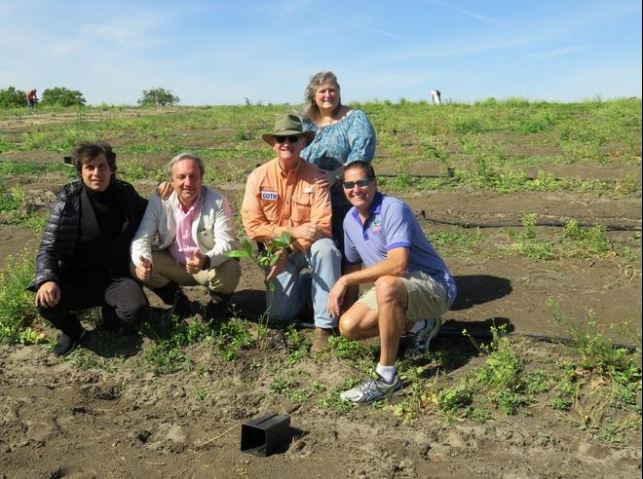 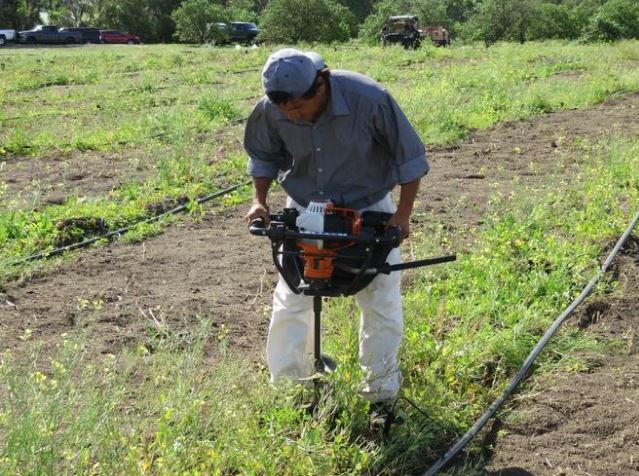 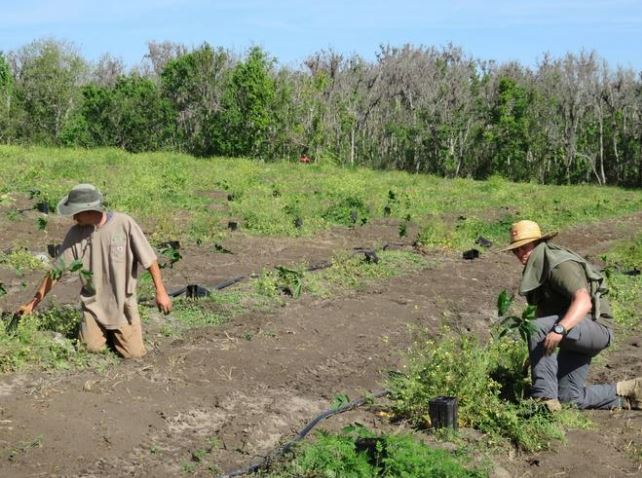 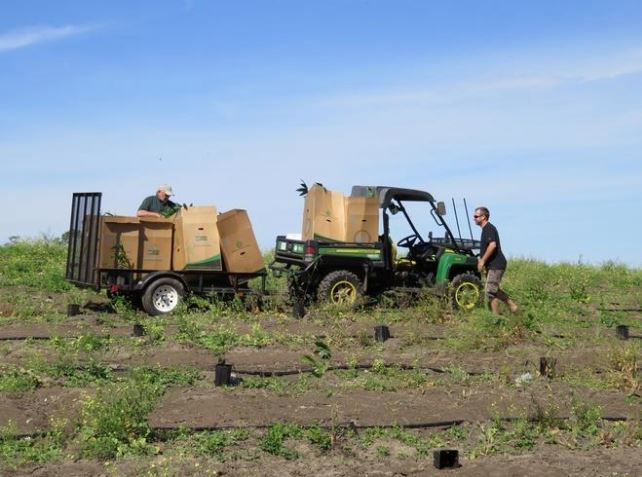 Before it dies, a greening-infected citrus tree will produce fewer fruit of smaller size. The disease has led to more than a 70 percent reduction in Florida’s annual citrus crop while nearly tripling the cost of production.

“I’m planting 35 acres for now, but I’ll probably come back and plant a little more,” said Byron Matteson, 56, who has been growing citrus since he was a teenager.

The Mattesons’ hope to eventually grow bamboo on 100 acres if their first foray into bamboo proves profitable.

“The thing about bamboo that is hard to resist: It takes five to 10 years to make a profit on a new citrus grove. You can do it with bamboo in three years,” Cynthia Matteson said.

Mattco has partnered with OnlyMoso USA Corp. in Sunrise, just east of Fort Lauderdale, which is promoting commercial bamboo growing in the United States.

Moso is a bamboo plant variety but, contrary to the name, the company expanded to offer other varieties after discovering they grow much better in Florida’s climate, spokeswoman Debbi Fultz said. One such variety is Asper bamboo, which Mattco is planting.

OnlyMoso is the U.S. subsidiary of an Italian company, Consorzio Bambu Italia, which began promoting commercial bamboo in 2011, said founder and President Fabrizio Pecci, who traveled to Frostproof for the Mattco planting last week. The company has helped create more than 5,000 acres of commercial bamboo in Europe, primarily Italy, Pecci said.

OnlyMoso has helped start more than 300 acres of commercial bamboo in Florida and other Southeastern States since it began in 2014, said Chris Kaiser, director of sales and business.

Consorzio Bambu promotes the production of edible bamboo shoots and a wood product.

Growers can begin picking the shoots by the third year after planting and bamboo wood by the fifth year, Pecci said. The shoots are growing in popularity among U.S. and European consumers because of their health benefits, including antioxidants, potassium and fiber.

The shoots will be sold to Consorzio Bambu and for now will be shipped to Italy to be processed and sold, Kaiser said. But U.S.-based facilities are planned to supply the U.S. market. The wood produced is brokered out to companies that process it into plywood or flooring, among other materials. One has a plant in Mississippi and another has a plant in the San Francisco area.

A mature bamboo farm will produce 60 metric tons per year of wood and 14 tons of shoots, Pecci said.

The cost of planting a new bamboo farm runs $18,000 per acre, Edwards said, and OnlyMoso will advance a new grower half that cost, interest-free, for the first four years, repayable in the fifth year, when the farm produces sprouts and wood.

Byron Matteson said he found the offer hard to resist.

“If I hadn’t expected a return (profit), I wouldn’t be putting it in,” he said.

Another major attraction of bamboo is its simplicity to grow.

“All it needs is water and fertilizer two times a year,” Byron Matteson said. “The lifespan of these plants is 80 to 100 years. Effectively, this will never need to be replanted.

Matteson estimated the caretaking costs of a mature bamboo farm at $5,000 per acre, mainly fertilizer and labor, he said. Sales of the wood and shoots could bring in $25,000 per acre in the current market.

Wednesday’s planting event at Mattco attracted a representative of one of Florida’s largest citrus growers, Lykes Bros. Inc. It has more than 30,000 grove acres, according to Forbes magazine.

Max Tucker, research-and-development farm manager for Lykes, said the company has been looking at bamboo for two years but has not made a decision on investing in the crop. Like most citrus growers, Lykes is looking at alternatives to citrus.

“For us it will be a process of assessing its technical feasibility, financial requirements and market potential,” Tucker said.

Tucker was more encouraged on its market potential after speaking with Pecci, he said.

“We’ll see how another citrus grower does,” Tucker said.

The Importance of Flossing